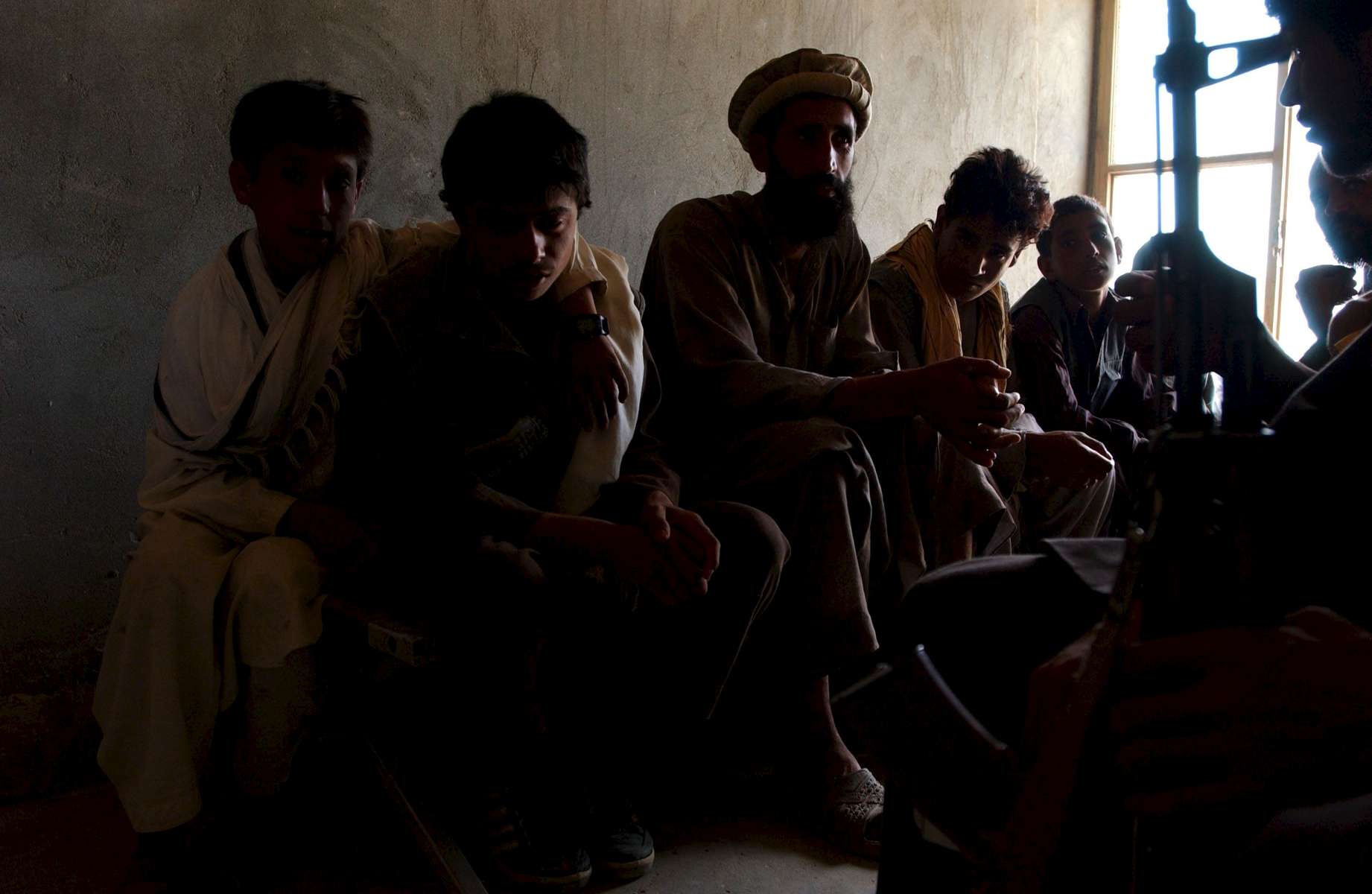 After decades of war as many as 8000 child soldiers are believed to have taken up arms and played a role in armies and militia across Afghanistan. In a drive to find them new lives, a UNICEF-backed project is now working to locate, verify, and register as many child soldiers as possible in the hope of eventually providing them with new skills and occupations. On the Shomali Plains north of Kabul, scene to some of the most bitter fighting between Taliban forces and the Northern Alliance of Ahmad Shah Masood, registration is taking place in all manner of locales, from schoolhouses to mujahideen command posts. The registration process includes medical check-ups, with blood test for AIDS, and signing an oath in which they swear to cease fighting.